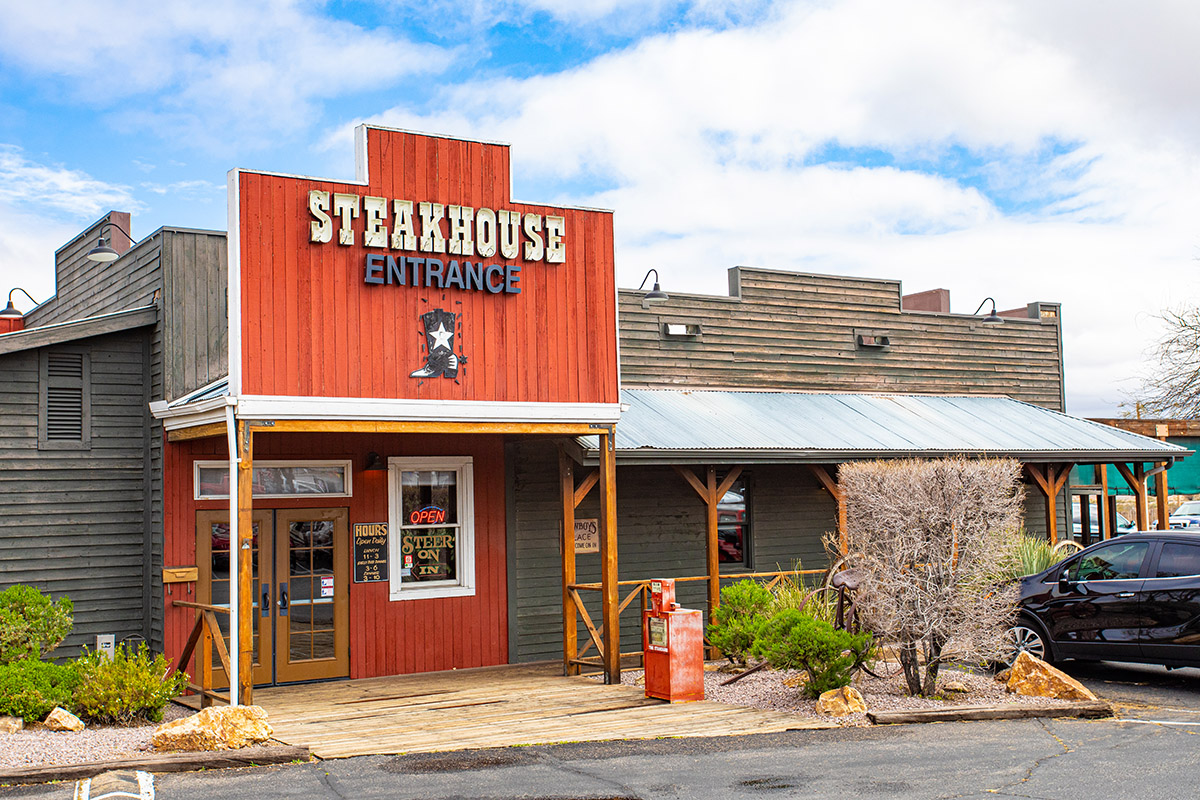 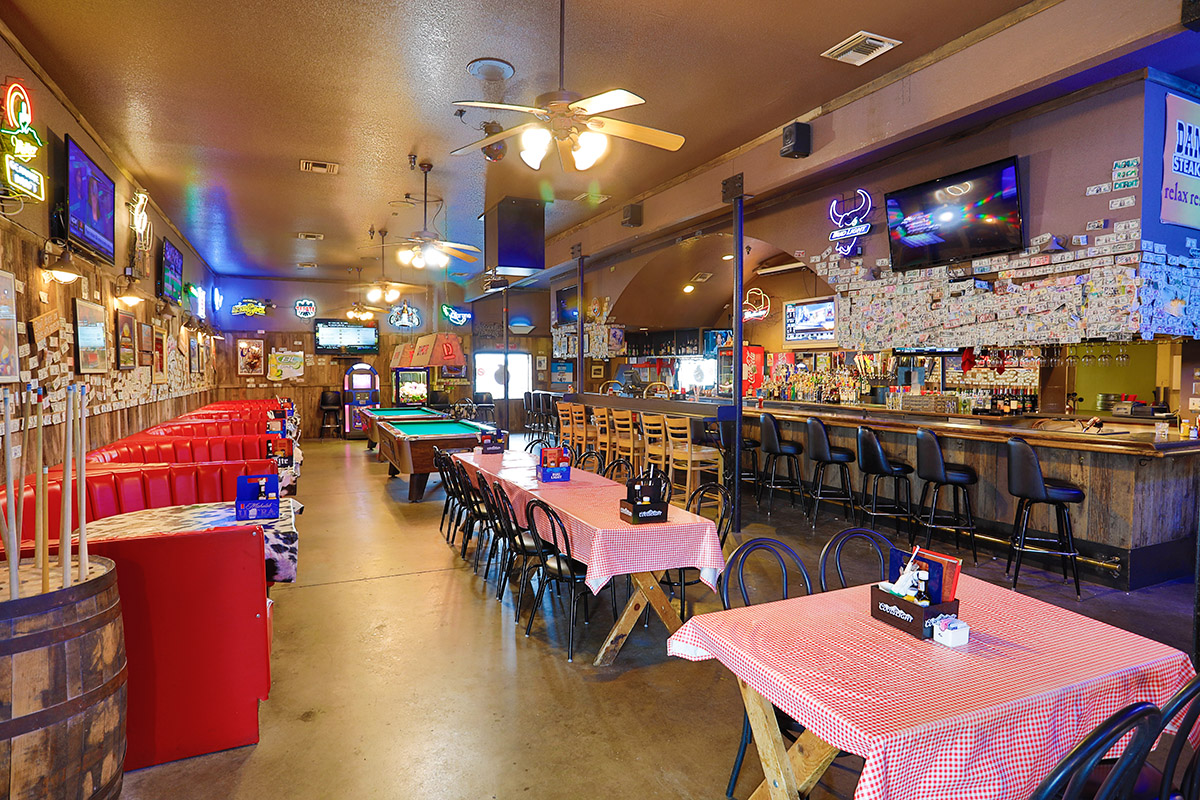 The Dambar & Steakhouse has been providing hometown hospitality and the best cowboy cuisine with style for more than 35 years. The restaurant & museum stand on the intersection of history, the famous Route 66, also known as ‘America’s Mother Road’ and Andy Devine Avenue, named after Kingman’s native son and famous 1950’s film star. Some say it’s where the true and real west reside.  Route 66 became the life-blood of the many towns that sprung up around the gas stations and motor-courts that stretched alongside her 3,600 miles of asphalt pavement.  In Kingman, the “heart” of the longest continuous stretch of Route 66 left remaining, lies a vestige of the hospitality of the old road. The Dambar’s original stone structure was built in the 1930s as a Depression-era WPA (Works Progress Administration) project.  It was a gas station during the 1950s and a bar in the 1960s when purchased by a construction worker whose wife argued against buying that “damn bar.” The name stuck and the Dambar eventually expanded into foodservice.  The Peterson-Burge Family purchased the local landmark in 1996, remodeled the property and expanded the menu to include the best steaks and finest beverages to be found on Route 66.  The exterior of the restaurant is fashioned to resemble a rustic wooden building. Inside, the atmosphere is very casual, with wooden booths, sawdust on the floor, a room dedicated to the history of Andy Devine and the main dining room features the ranching history of Kingman and the outlying area and plenty of friendly folks inside. Today, it’s a true Kingman landmark ~ just look for the steer on the roof and steer yourself on in!